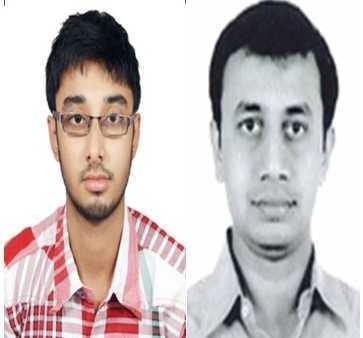 The air pollutantsincludes gases like Oxides of sulfur (SOx), Oxide of Nitrogen (NOx),Carbon monoxide (CO), Ozone (O3), Ammonia (NH3), Volatileorganic carbons (VOCs), etc., solid suspended particulates of less than 100min diameter called suspended particulate matter (SPM), less than 10m indiameter (PM10), less than 2.5m (PM2.5), nano sizedparticles, Black carbon (BC), Organic carbon, etc. These suspended particleschemically composed of metals, ions and several organic materials. The width ofa human air can hold about five PM10 particles. The atmosphericchemistry of the pollutants makes them to react with each other to form newgaseous or aerosol components in the atmosphere. This makes the controlling ofsources of pollutants more challenging as when the pollutant emitted from thesource, it may be less harmful, but it become worst after undergoing chemicalreaction with other pollutants. The pollutants those are directly emitted fromthe sources are known as the primary pollutant, whereas those form in theatmosphere after the chemical reactions are known as the secondary pollutants.Several VOCs like ketones, aldehydes, etc. are form in the atmosphere throughthe reaction of several primary pollutant gases and meteorological conditions.Additionally, several suspended particulates are also form in the atmospherewith the reaction of different gases – particles of ammonium sulfate, ammoniumnitrate are form in the atmosphere while NH3 reacts with SOxand NOx respectively. Apart from these, there are several biologicalmaterials like polen grains, several microbial spores etc. also contaminate theair.

There are several natural sourcesof air pollutants like volcanic eruption, wild forest fire, dust storm, saltspray from the sea surface, etc. However, rapid industrialization andurbanization without prior planning and implementation of required emissioncontrolling mechanism have deteriorated the quality of air in most areas of theGlobe. Additionally, urban centric economic development in most of thedeveloping countries makes the air in the urban areas and surroundings mostharmful for human. The anthropogenic sources of air pollutants can beclassified as the stationary sources, line sources and mobile sources. Stationarysources include the use of varieties of fossil fuels and biomass fuels indifferent industries, power plant, residential areas, commercial areas, etc.,while line sources includes the roads and mobile sources include the transportsector (road, rail, water and aviation).

Dependingupon nature of pollutant there are various impact of air pollution on humanhealth and environment. The release of gaseous pollutants like CO, NOxand SO2 from industries, automobile exhaust, combustion of fossilfuels, power plants and petroleum refineries affects the human respiratorytract by combining with the hemoglobin (Hb) and reduces the oxygen carryingcapacity of blood resulting in severe headache, respiratory problems, reducesproductivity of plants and even brought damage and corrosion of limestone,marble buildings and monuments. In terms of particulate matter, the impact liesdue to size fraction of particulates. The PM2.5 poses greatestthreat as they get penetrate deep into lungs alveoli and some may even get intobloodstream. Apart from respiratory symptoms, fine particles (PM2.5)are also responsible for causing reduced visibility or visual impairment due todeveloping haze in the ambient atmosphere.

Asair pollution pose a serious threat to human life, other aerobic species andenvironment and in developing country like India more than half of diseaseburden also caused due to ill effects of outdoor and indoor air pollution. Airquality standards are designed to provide guidance in reducing the healthimpacts of air pollution. According to World Health Organization the airquality standards for annual mean SO2, NOx, PM10and PM2.5 are 20 µg/m3, 40 µg/m3, 20 µg/m3and 10 µg/m3 respectively. In India, the Central pollution ControlBoard has set National Ambient Air Quality Standards (NAAQS) for variouspollutants with aim of monitoring the ambient air. Currently, the standards formean annual SO2, NOx, PM10 and PM2.5concentration under NAAQS are 50, 40, 60 and 40 µg/m3 respectively.The standard level of air pollutants are kept higher in India based on thebackground level of different air pollutants due to its geographical location.There are several city and towns in India that does not meet the NAAQS level ofambient pollutants.

Itis important to understand that the air can travel anywhere in the Earthwithout any restriction and it is difficult to clean the air when it is alreadypolluted - thus the air pollution is a global issue.  Clean air to breath is probably should be themost fundamental right and keeping the air breathable should be the basicresponsibilities of citizen of any country of the globe.